While Indian Prime Minister Mr. Narendra Modi unveiled “Khichdi “as an Indian ‘superfood’ at the global food show, World Food India, which is being organised from 3rd November to 5th November 2017 in New Delhi by the Ministry of Food Processing Industries, Government of India along with CII. 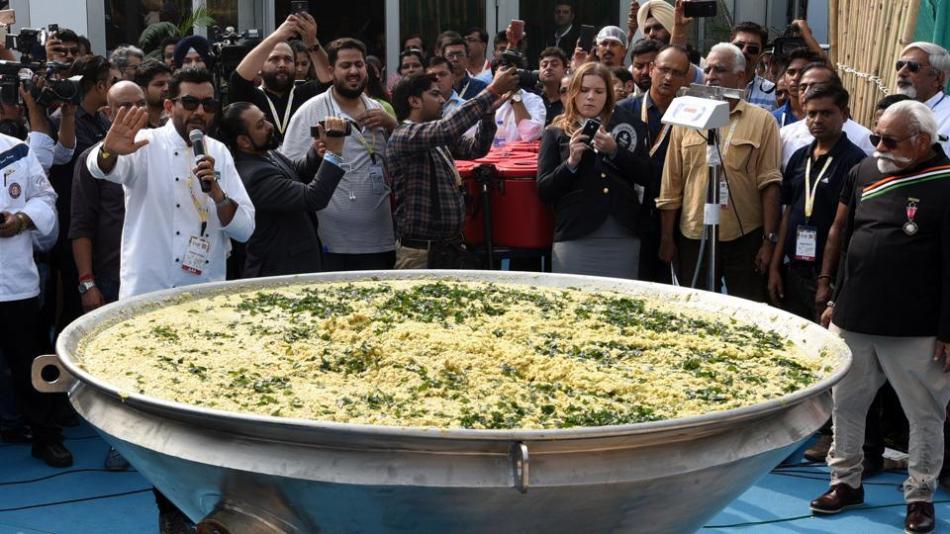 India’s most celebrated chef Sanjeev Kapoor will be attempted to create a World Record by cooking 800 kilograms of Khichdi on 4th November 2017 at the India Gate Lawns.

Check his recipe on Khicdhi Recipe by Sanjeev Kapoor

This humble dish takes centre stage so much that Union Minister of Food Processing Industries, Harsimrat Kaur Badal had to tweet clarifying that khichdi is just a record entry at the World Food India event and will not be declared as the national dish of India as speculated.

So try the one which you like and enjoy some sattvik food for a change with its health benefits.